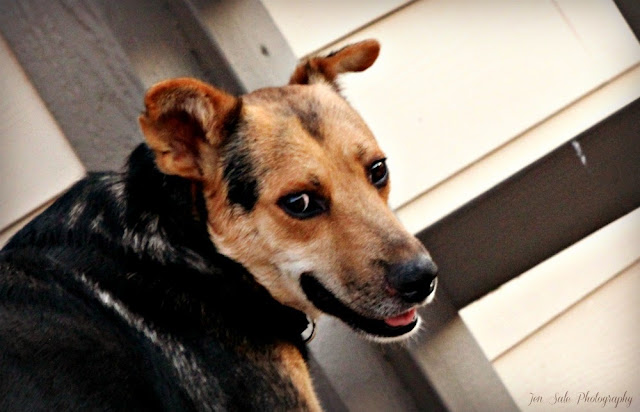 Has allergies, not sure to what maybe to dirt. Is that possible? I hope not. When I brought him home from the rescue I noticed his inner eye lid wasn't opening all the way up. I called his foster and was told it was allergies and that she noticed the same thing but after a few days it seemed to get better. 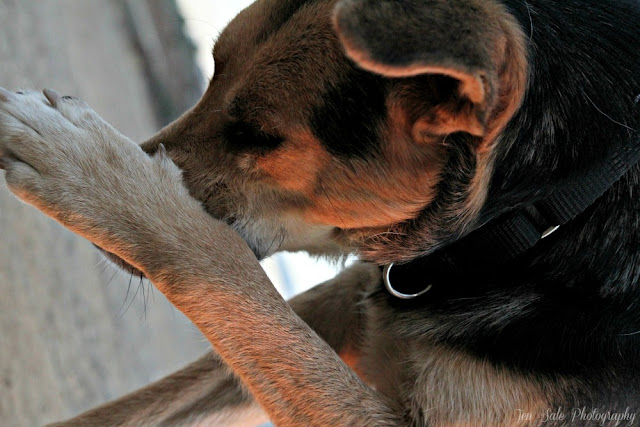 This sweet boy loves to play in the dirt. He runs, rolls and hunts out any soft spot to literally bury his nose and face in. I've noticed on the days he buries his face that night and the following morning bring on some serious itches. He scratched his eyes and nose so hard that they bleed.  A couple weeks ago I took him in for a Vet check and was told again it was allergies. 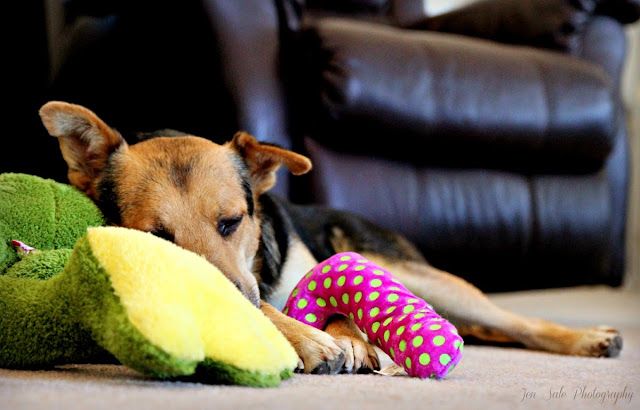 He has gone through a box of Benadryl which makes him tired... and I'm applying a pricey ointment to his eyes three times a day which does seems to help a bit.  He went around the house the other day and gathered several doggie toys and piled them up for his nap. He is such a good dog.

Have you every had an animal with allergies? Any ideas on how to help this sweet boy find some relief other than keeping him drugged and on lock down inside the house?
Posted by Unknown at 10:38 AM