Thanks everyone for your kind responses it was an emotional whirlwind last week trying to process what had happened and how people can just throw away life.  I do believe the story of "throwaways" needs to be told. Knowledge equals power and if more people are aware of the ugly side of factory farming perhaps things one day will change. 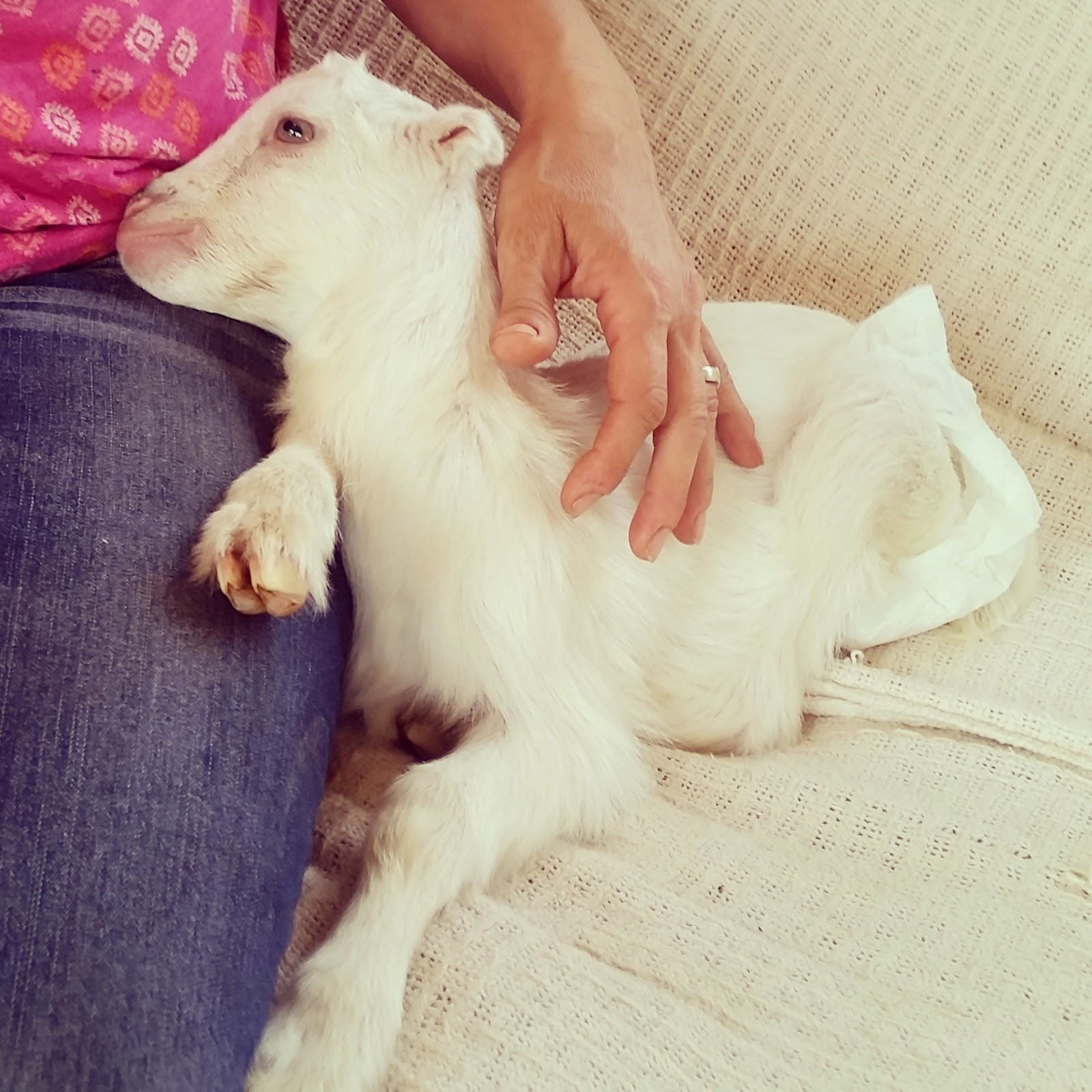 I wanted to take a couple minutes and update you guys on the babies. Clover is still quite sick but she is improving and is a little fighter. She has a bit of a road to hoe. Her respiratory infection has improved but she became lame on her left front leg for no reason a couple days after we brought her home. We believe her limp is due to an infection settling in her ankle area. She's also developed Coccidiosis which is a bacteria that attacks intestines and her belly.  This can be very serious if not treated immediately.  Thankfully, I believe we caught it within 48 hours and are hopeful the added med's will knock it out quickly. 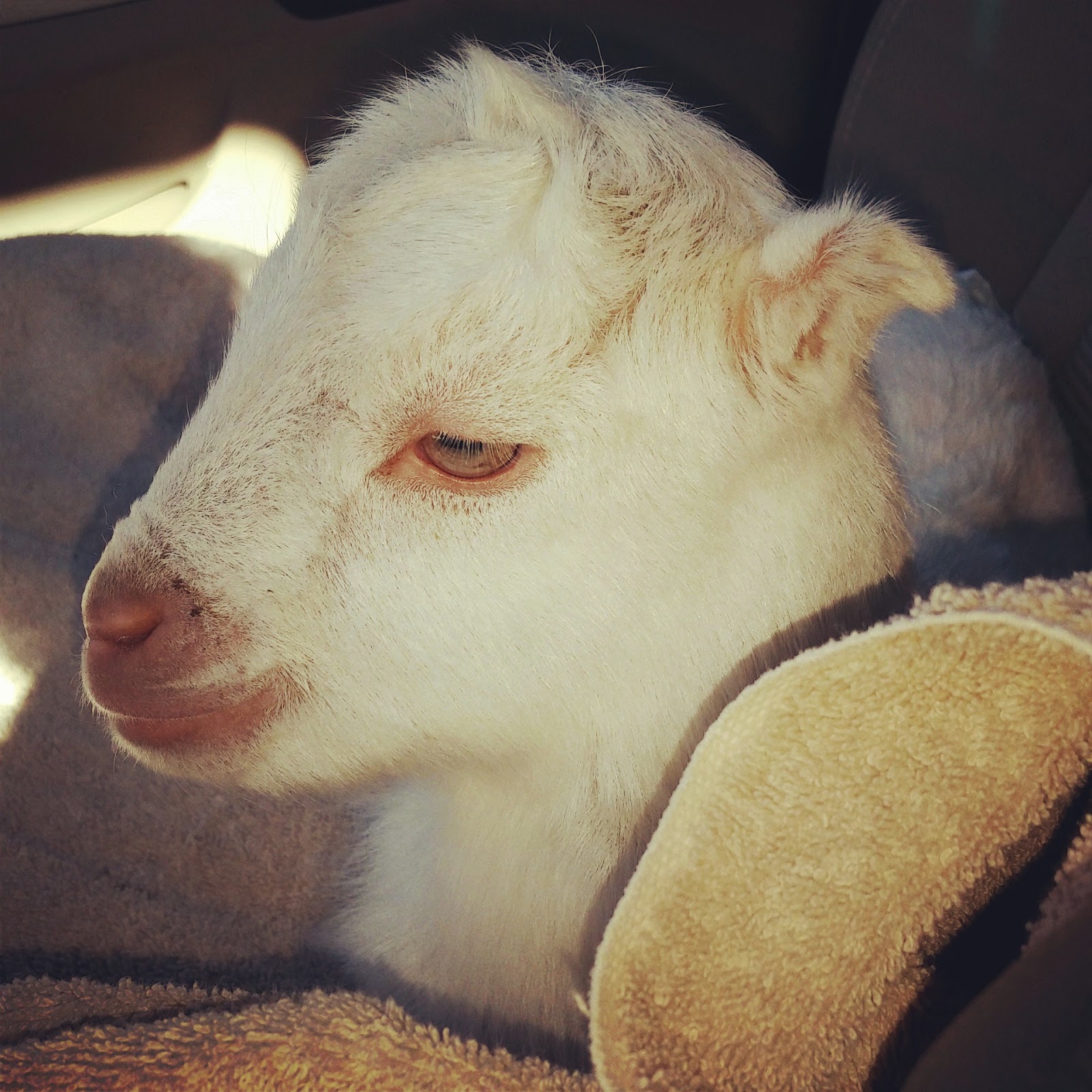 She is such a snuggle bug and so sweet. She has regained her appetite and is enjoying spurts of play. 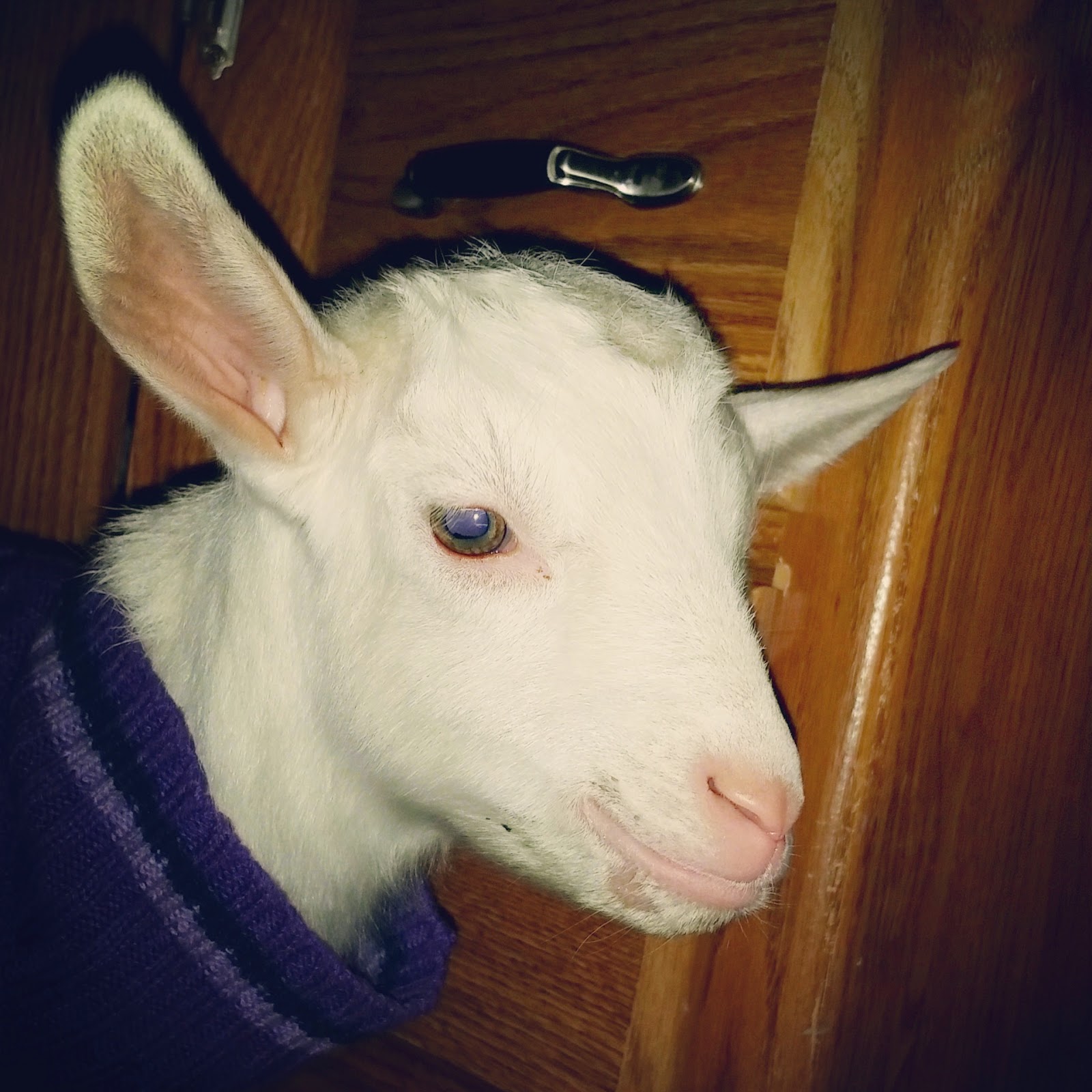 When we got him he was face down, lethargic and unable to get up. Fast forward a week and
Kid Rock IS a rock star! I mean gosh look at this face! Can't you see all the girls going goo goo for him.  Such a cutie pie. His respiratory infection is all but gone and he is thriving. Jumping, bouncing and checking everything out.  I think his favorite thing to do besides eating is testing out everything with his mouth. They say goats are garbage disposals, smart and curious. Yep, that sounds like our Kid. 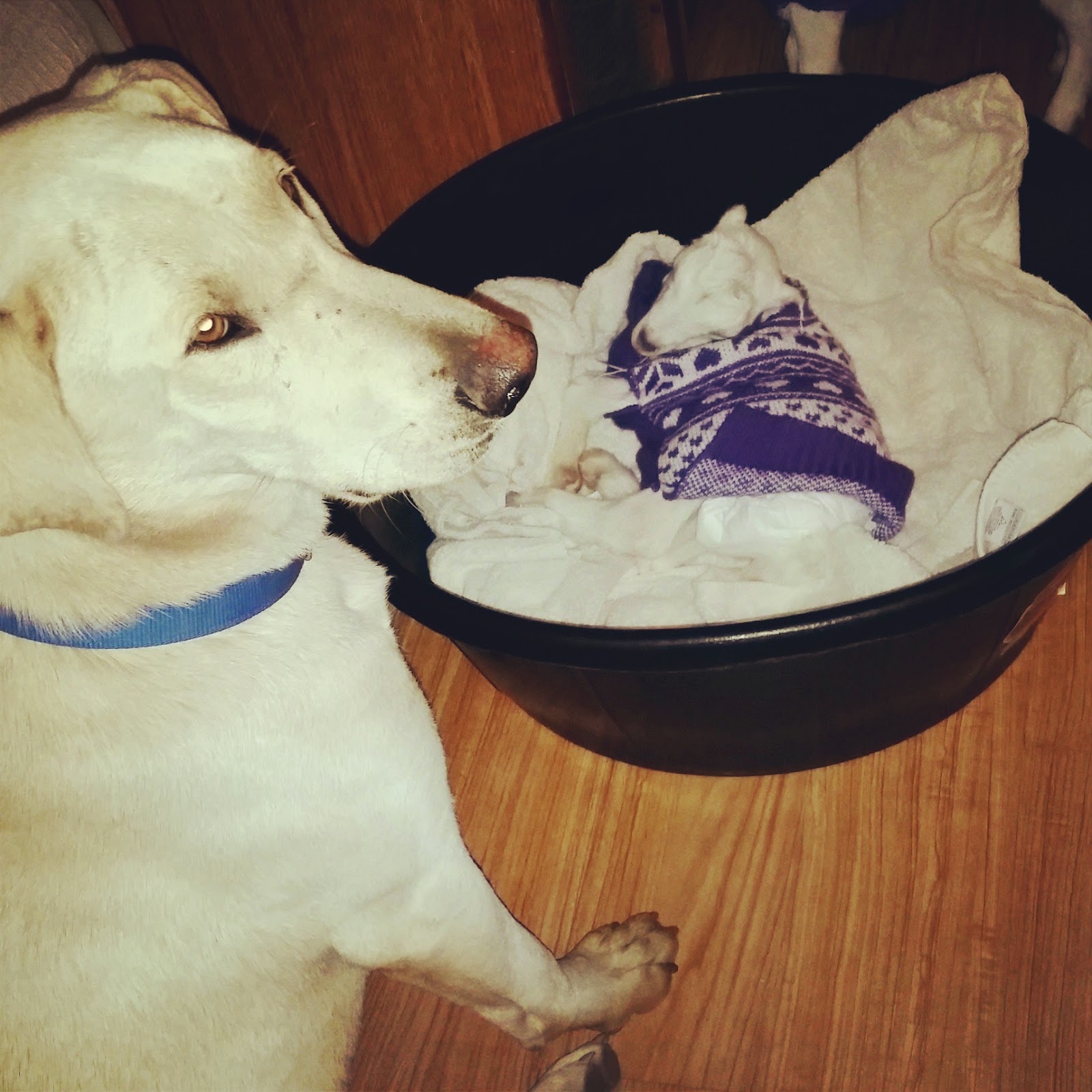 Our sweet Harley man has taken to the babies and watches over them. Always by their side. 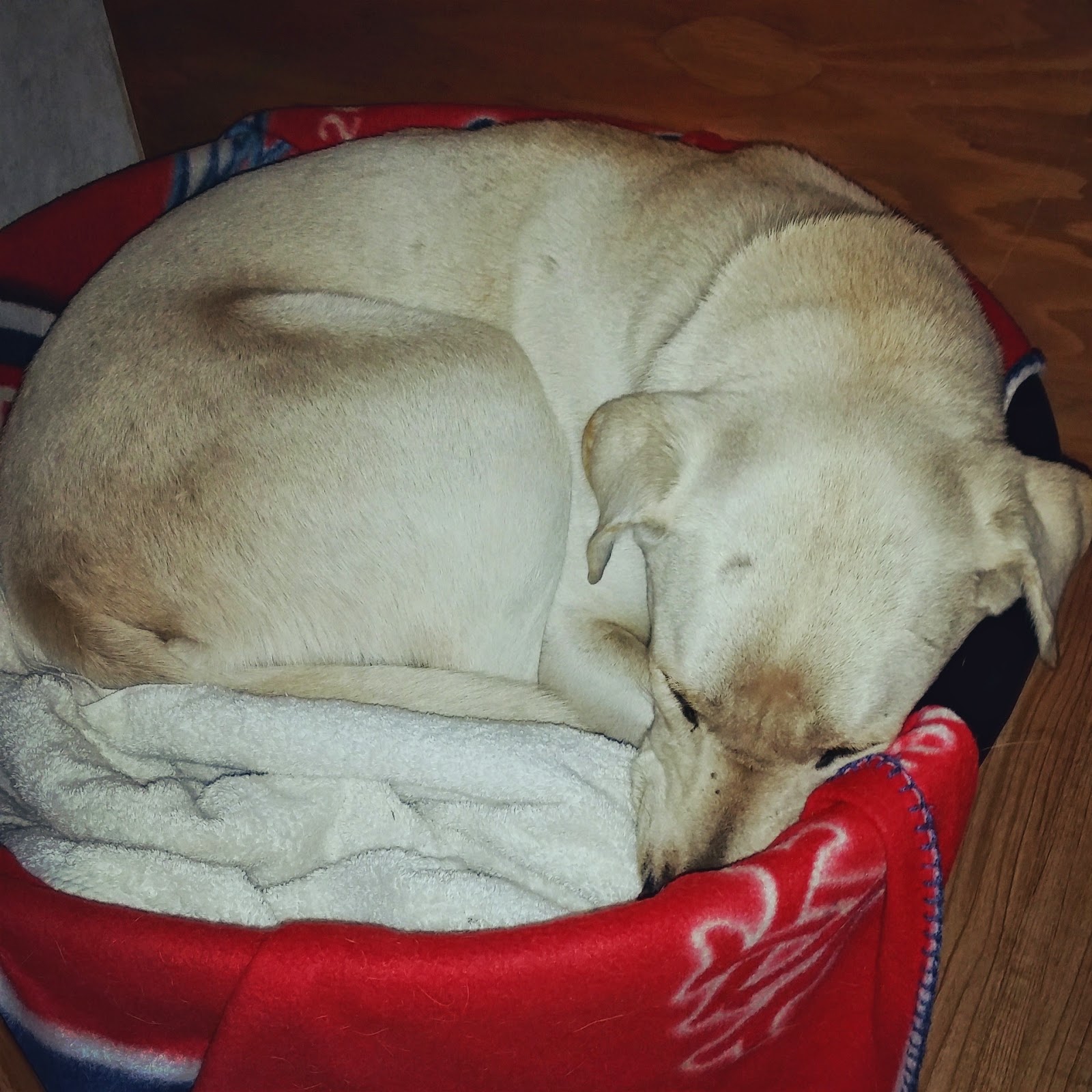 He likes their bed and keeps it warm when they're out playing.

Looks at this guy, incredible isn't it?!  A month ago feral, scared and unsure. Now he's a great little guardian and will be staying with the goats in the shed once the kids are old enough and healthy enough to go outside.

God Amazes me daily. While out doing chores the other day I was thinking about the last few weeks and how things have developed over here. How we are smaller than a spec of dust in the universe but our purpose is so big. That we can make a difference without even making a plan first.

They needed help.  After weeks of trying to get close enough I was finally able to briefly touch one of the two abandoned dogs over at the goat farmers property. The next morning  I was greeted by Harley at our campers steps, somehow he found trust in me. Not planned, just happened...

Last week, two critically sick and dying new born goats. Not planned, just happened... Now we have an unlikely and perfect pairing. Bigger picture for sure and for me there's no doubt these precious souls were divinely placed here from us to serve.  Amazing! 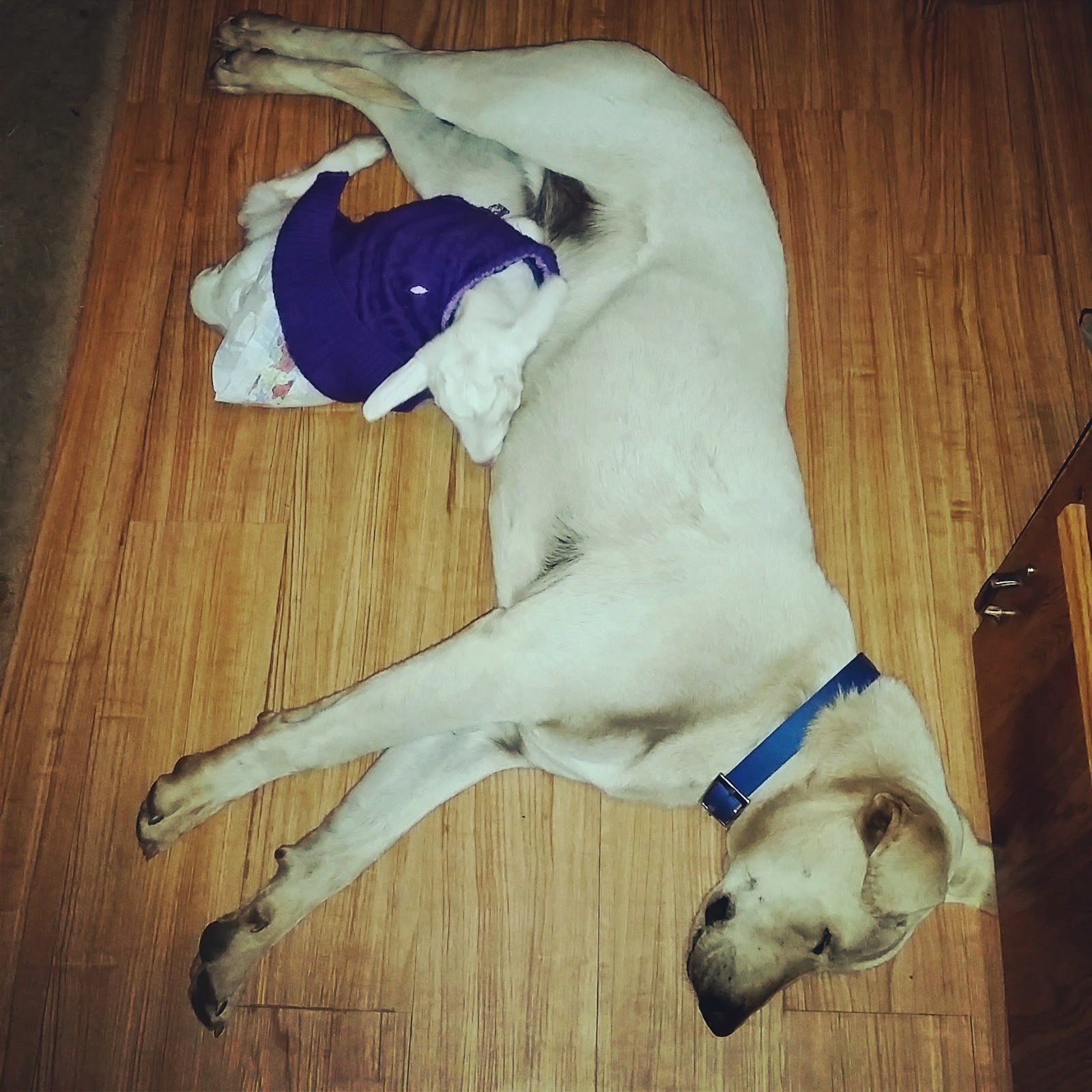 Kid Rock and Harley Man resting at the end of a day.
Check out this short video of Clover I know it will leave you smiling.

Blessings
Jen
Posted by Unknown at 8:47 AM