Duke And A Gopher... 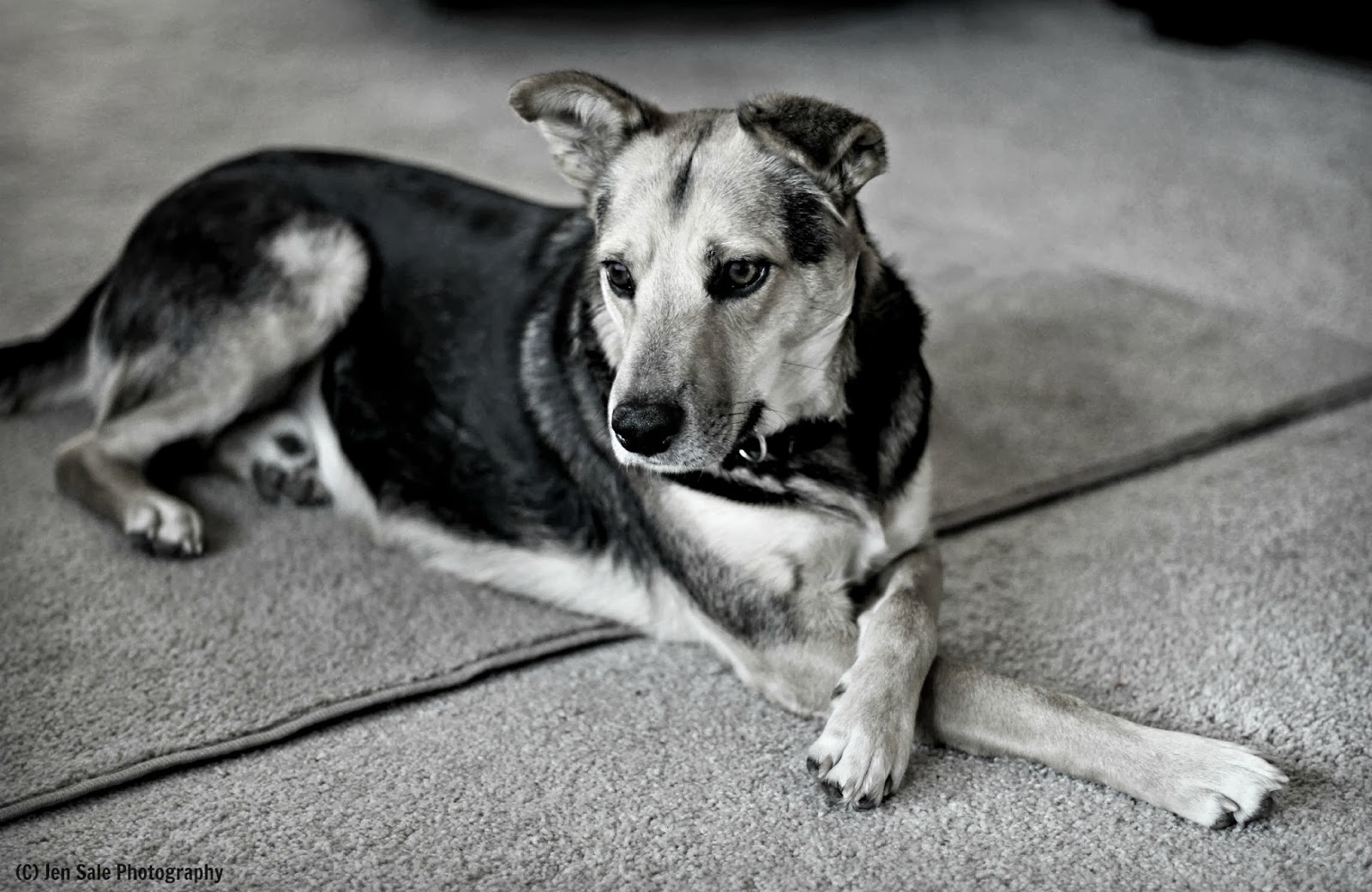 Yesterday he spent most of the day running around the ranch digging holes.( It actually started the day before but was only one hole.) Big holes and several of them as the day went on. There is a gopher somewhere in the earth down by our hay storage and Duke took it upon himself to sniff it out. In fact, I think it became his sole focus yesterday, this was a dog on a mission...

Amazingly in his freshly dug holes I saw tunnels that were not visible above ground and not only that but the holes he dug seem to follow the gophers tunnel system. He must have an incredible sense of smell.

I shot this photo of him last night after I got all the dirt off of him. Gopher hunting is messy business I tell ya. Dirt was up his nose, in his eyes not to mention all over his coat and seriously packed between his paws.

I love how he lays down.  It's always with his legs crossed and is so darn cute.

So I planned on filling in the holes today so no one twisted an ankle but noticed when feeding this morning the gopher actually starting filling them up again. Crazy right? So the gopher is still in there somewhere we'll see what happens today...

Happy Weekending,
Jen
Posted by Unknown at 7:37 AM