We were told when we moved here that there are snakes. Everywhere. Which one's are good to have around and which one's can't be around. We were told to have flat head shovels placed strategically around the property, so we did. One by the front door, coop and tack room. We knew it wasn't a question of if we would see a snake but rather when...We are not about killing things around here but rattle snakes are really bad and their bite could kill us not to mention the animals.

Well last week I killed my first rattle snake. It was just out my front door and wasn't very big at two feet long and an inch and a half or so in diameter. Still pretty freaky since we were also told that babies are typically more dangerous than adults. Something about controlling venom. 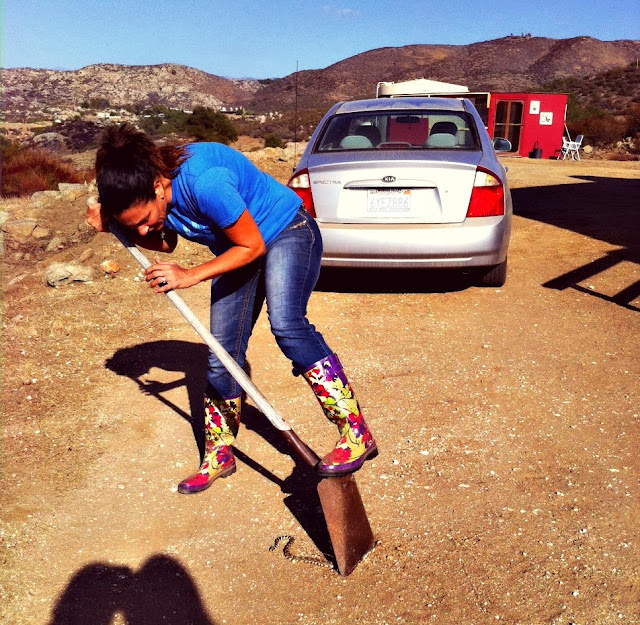 Photo by monkey.
For the last couple of weeks we've been waking up in the middle of the night to the sound of field mice and their nails scratching away inside our air vents.  I've hung the fabric sheets and it does seem to help but non the less the annoying scratching continues.  The mice apparently are in large numbers too hence the snakes.  I'm thinking as they are such a great feed source for them.

So this got me thinking.  If we can decrease the mice, the snakes may decrease and I can get sleep all night long without interruption. 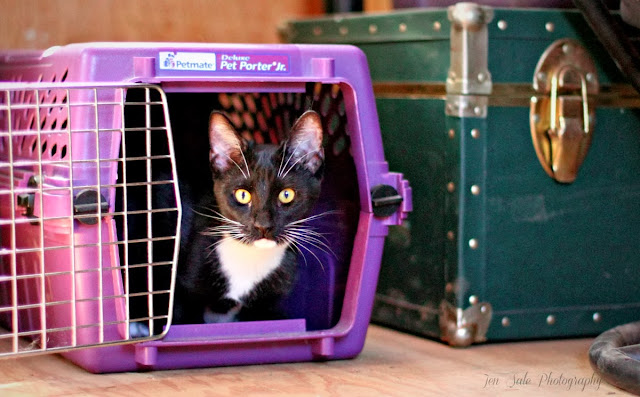 Hello Operation Kitty Cat!
We don't like to use pesticides around here as everything falls into the "circle of life".  I'm afraid if I poison the mice the owl, chicken, dog or coyote that eats it could get sick and die as well. So last week I picked up a bunch of kitty stuff and began to get ready. Today I brought home two rescued four month old feral cats. 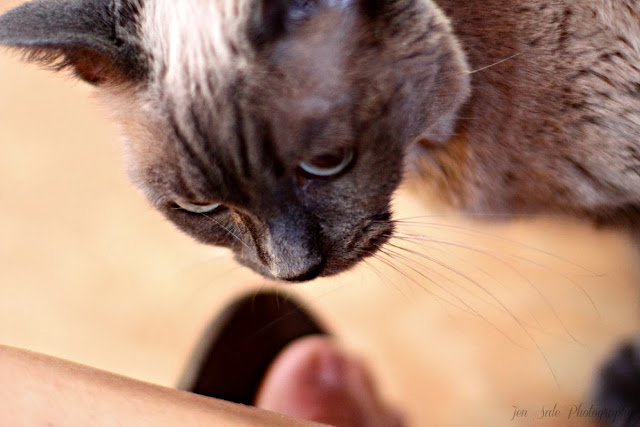 The black kitten was unsure and didn't want to get out of the carrier. Whereas Ms. Blue Eyes jumped right out onto my lap and walked around me checking everything out, even my feet... Not sure how feral she is?

After a few hours I went to check on them and found they are eating, drinking, playing with the toy I got them and 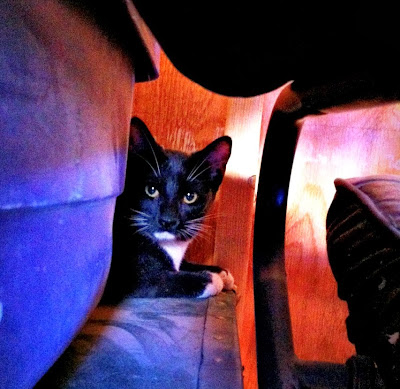 the little black and white girl decided it was okay to leave the carrier. 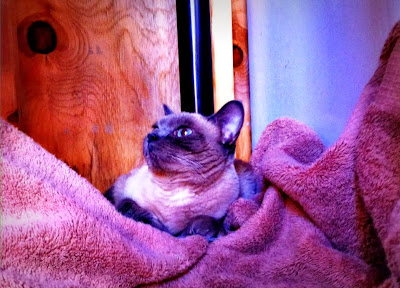 The girls will live in the tack room for a couple weeks to get comfortable and know where "home" is. Both girls are adorable and I'm thinking in time,  we'll be best of friends.
Posted by Unknown at 7:13 PM