Once In A Blue Moon

Yesterday's full moon was one of those rare blue moons that "coincidentally" occurred the same day Neil Armstrong's family laid him to rest.  How incredible was that! The first person to step foot on the moon in 1969, passes away and his services were on the same day of a rare blue moon. Amazing, i think. 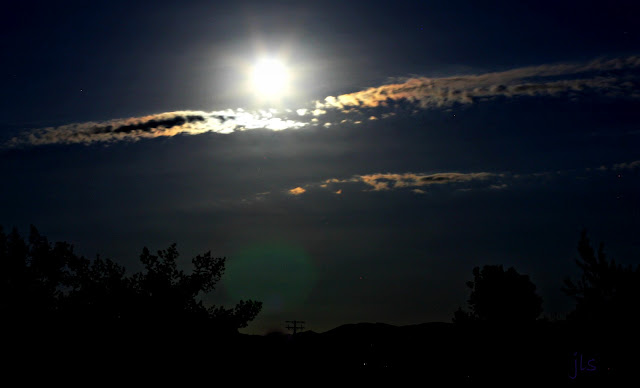 I've been told the moon's cycle is 29 days or so and because of that we get a full moon once a month. A Blue Moon actually doesn't have anything to do with being blue in color but named after the saying...Once in a blue moon.  Blue Moons occurs once every three years and when it happens we get two full moons in the month.

I know there hasn't been much talk of the garden or grapes lately but everything is growing really well around here.  The grape harvest is approaching and everyone in valley is looking at bumper crops, very exciting stuff.

I am though, totally over the heat and ready for fall. Enough of these 100 + temps ugh.
Posted by Unknown at 10:31 AM